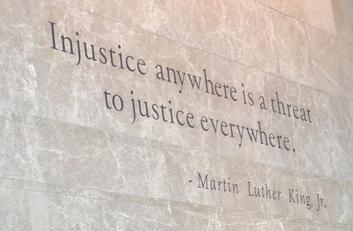 1. I'm being investigated or have been charged with a crime. Do I really need a criminal defense lawyer?
- It's been said that doing your own legal work is like doing your own dental work: Having professional help is usually much less painful. Our's is an adversary system, which means FBI, police and prosecutors generally do not look for ways to help the accused. Talking to police, etc., dealing with prosecutors and going to court without professional help can lead to all kinds of bad and unpredictable consequences including more serious charges, blown defenses, friends or family being arrested too, permanent criminal records, criminal conviction, jail or prison, fines, court costs, and the loss of a host of civil rights, like voting or having firearms. Few events in modern life are as traumatic, expensive and consequential as finding oneself in the criminal justice system. Play it safe and smart, and consult a criminal defense lawyer first.

2. The FBI or police want to talk to me about a crime they think I might have committed. Should I talk to them?
- No, not without consulting a criminal defense attorney first. Our client list is filled with people who thought they could talk their way out of it. If the police want to talk to you, it's because they need more information to arrest or prosecute you. Don't give it to them. Also, be advised that "lying" to the FBI or other federal agents can be a separate criminal offense.

3. I or my significant other was charged with domestic violence. The court issued a no contact order. Can we ignore it? What do we have to do to get it lifted?
- Ignoring a no contact order by calling, talking to, emailing, or otherwise trying to contact the so-called protected person is a separate crime and should not be done. Having another person contact the protected person is also prohibited. Getting the order lifted takes persistent effort with the district attorney's office and court. Some DA's offices have a form the protected person may complete in order to facilitate the process, which takes at least a week or two and sometimes 6 to 8 weeks or more. Once charges are filed, the decision to prosecute or not is solely up to the DA.

4. My significant other wants to "drop the charges" against me?  Why isn't my case dismissed?
- For many reasons, the person who reported the crime may decide he/she no longer wants to pursue a case (perhaps he/she never wanted to go forward with the case in the first instance); this does not mean that the case will be dismissed on that fact alone.  An alleged victim cannot "drop charges"; only the DA can "press charges."  All crimes committed in Colorado are said to be against the peace and dignity of the State.  Despite someone being designated the "victim," only the DA prosecuting the case can make the decision about whether a case goes forward or not.

6. I'm charged with a crime in state court and want to leave the state temporarily. Can I do this?
- If the court has ordered a bond and one is in effect, it is likely you cannot leave the state without court permission. Doing so could result in a bond violation and jail.

7. A friend or family member has been arrested. What should I do?
- If possible, communicate in private with the person as soon as possible and remind them to remain silent. Be advised most jail phone systems are subject to listening by police. Tell them you are in the process of retaining a criminal defense lawyer and to be patient. Assuming the person is in custody, the most important thing at this stage is to get them out. Contact a bail bonds person immediately as they are knowledgeable about the process and will move quickly. Expect to pay them 10-15% of the bond amount as their fee. Schedule a meeting with an experienced lawyer as soon as possible. You may be contacted by police, etc. as a potential witness. You are not compelled to answer any questions unless and until subpoenaed to court. If contacted it is most likely because the police are looking for more information to support criminal charges.

9. How much should I expect to pay for a criminal defense lawyer?
- Obviously much depends on the facts of the case, the jurisdiction, possible consequences, your history, and whether the case goes to trial (most don't). For low level state court misdemeanors, expect to pay over the duration of the case $6,000-$12,000. For more serious misdemeanors and low level felonies, expect to pay $10,000-$25,000. You should expect to pay at least $50,000-$100,000 and sometimes well over for more serious felonies. Costs, like filing fees, expert witnesses, exhibits, etc. can add $1,000-$10,000 or more. Due to longer prison sentences and other consequences, federal criminal cases can cost 2-3 times state cases.

10. What if there is a warrant out for me?
- Only a court can issue a warrant and you can check same by calling the clerk of the court from which you believe the warrant may have issued to check charges, bail amount, etc. Generally a warrant gives any law enforcement officer the right to search you, your house, vehicles, safes, computers, cell phones, and any other possessions, and take (seize) any so-called evidence (examples are drugs, guns, cash, identifying paperwork, computer discs, etc.). It also often gives the right to arrest you. Any such search or arrest usually can occur at any time of the day or night. It is best immediately to get with a lawyer to arrange to turn yourself in including to avoid the consequences of being searched and arrested when and where you least expect it. Search warrants can be issued and executed after - days, weeks, months - you are arrested also. During any search or arrest be polite and do not resist, but stick by your right to remain silent, make no statements, answer no questions, do not consent or agree to anything voluntary, and do not waive any rights . Call your lawyer right away.

12. So, I took a "plea deal" from the prosecution.  Now the prosecution is going back on the deal.  What can I do about it?
- Read here:  http://www.sandersonlawtalk.blogspot.com/2014/01/enforcing-plea-agreements.html and call Sanderson Law, P.C. today.

14. The government has seized my property. What can I do about it?
- The federal and state governments, and even many cities, increasingly are using liberal "forfeiture proceedings" to take cash, personal property, homes, office buildings, land, automobiles, etc., they claim are related to criminal activity. Such proceedings typically are civil in nature and move more quickly than companion criminal cases (though sometimes no criminal charges are pursued). Although so-called due process is diminished - meaning the government more readily can take and keep your property than convict for a crime - protections and procedures do exist and you should not give up. At the very least "probable cause" is required. Many courts have expressed they are "enormously troubled by the government's increasing and virtually unchecked use of the civil forfeiture statutes and the disregard for due process that is buried in those statutes." U.S. v. All Assets of Statewide Auto Parts, Inc., 971 F.2d 896, 905 (2d Cir. 1992). Sanderson Law, P.C., has the knowledge, resources and experience to help.